Dartford Borough Council were already awarded with a 4-star rating from Socitm for their website, but the council wanted to gain user perspectives on their website content and ease of navigation by user testing with residents. 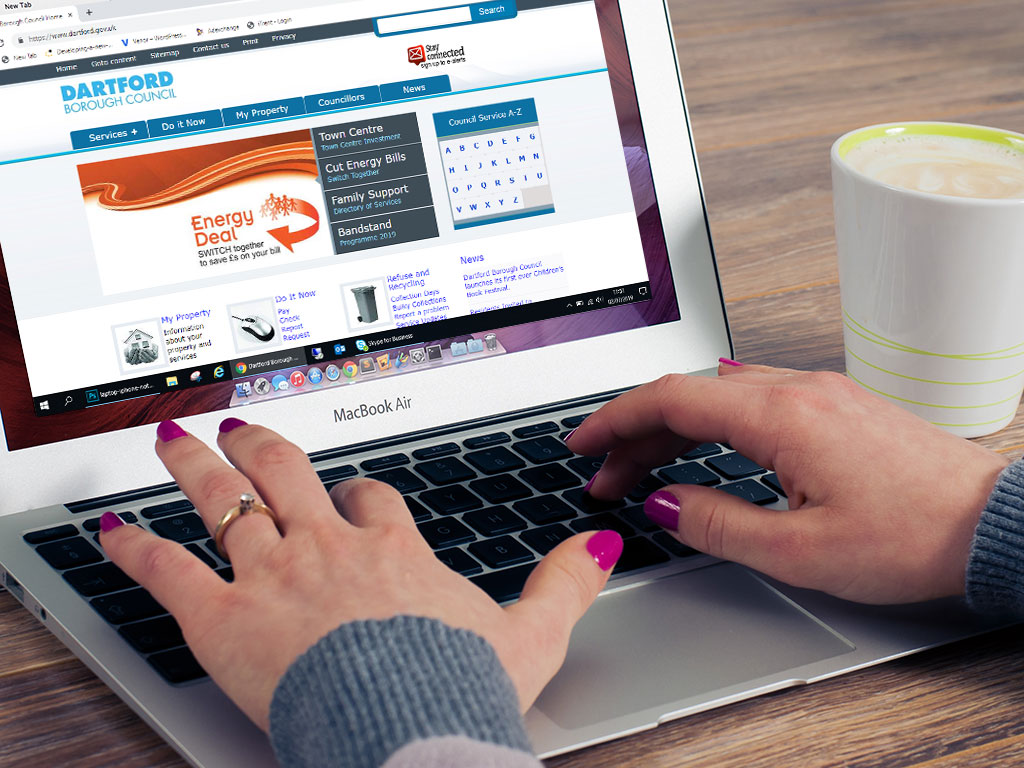 The aims of the project were to test for:

SDS carried out 3 days of user testing with 10 members of the public. We conducted 75 user tests across 25 scenarios. The scenarios covered a range of service areas, specifically waste, housing, environmental health, enforcement and planning, on both a desktop and mobile device.

To highlight the importance of having a responsive website, in 2018, 52.2% of all website traffic worldwide was generated through mobile phones. To conduct mobile user testing, SDS used software that mirrors the mobile screen to the laptop for easier observation of the user’s movements on the website. We then recorded the users’ facial expressions and audio.

Many of the users utilised the search bar function on the website or the click A-Z to navigate to where the user needed to get to. This was especially popular for scenarios where intuitive navigation, using the main menus on the homepage did not suffice. For example, the users had to navigate to request the collection of a medical sharps box. All three users that tested this scenario used the search bar and or the click A-Z, because the users failed to find the information by simply routing through the main menus. Moreover, all the users did not initially associate medical sharps disposal with waste and recycling, as a service area.

Interestingly, one user chose to use their voice dictation to search the council website. Increasingly, users are becoming more comfortable with speaking to their phone devices and exploring new ways to view content quicker. In fact, 2 of 5 adults perform a voice search at least once a day. An important finding from the user testing was that the search function was not refined enough, and users were entering speaking language into the search bar, such as ‘how do I find out if my neighbour has a tree preservation order?’ compared to ‘trees’.

Dartford Borough Council have many online forms on their website. Before the users reached the forms, they had to verify the robot CAPTCHA. This posed a barrier to the user journey to the form. Moreover, many users did not understand the concept of the CAPTCHA (to reduce spammers using the forms to reach the website) nor could they verify themselves, the users were not able to select the correct images as they were too small, or the verification used American terms which the users did not understand. Once the users reached the online form, the scenario task was often straightforward to complete.

In general, the mobile user testers found navigating the council website easier than on a desktop. The mobile users were quicker, scrolling through large amounts of content and pages skim reading the high-level information. Whereas, desktop users tended to read the content more, even when it was not relevant to the scenario. Mobile users found it more difficult to read the online forms because the text size was small. However, it was easier to answer the questions because a drop-down box of the options was provided that was mobile responsive.

Dartford Borough Council have already made a start on implementing some new changes to their website. We look forward to seeing the results. 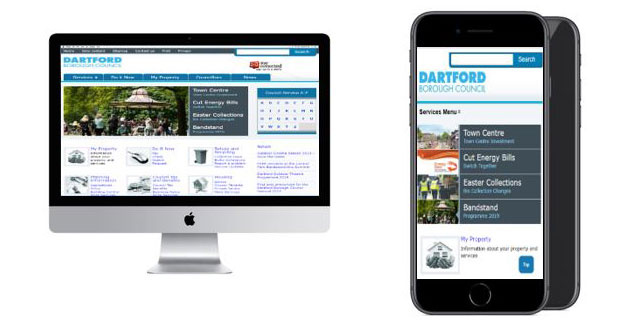